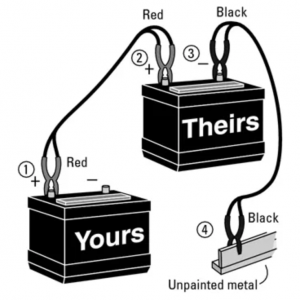 In the beginning sex seems to magically happen. It can feel like there is a magnet between partners–a force that draws them together without thought or strategy. It happens in the morning, mid-day and at night. Schedules don’t hamper sex, nor does fatigue or finances. But as time goes on, couples get back to the business of life. They remember the piles waiting in inboxes and start to prioritize other commitments.

Sex often reduces in this subsequent phase. It happens, but less frequently and perhaps less fervently. It becomes more predictable–both in location and in style. One person tends to start things and it plays out the same way. Couples that have been together for several years often hit this point and hunger for the early days. They wonder how to shake it up, make it new again.

Scientists will tell you there is an evolutionary function of this slow down. After all, how would lovers get anything done if they continued to prioritize their sexual appetite over their mortgage or their children? There is an idea that the heated beginning is to encourage procreation–those young, obsessed lovers propagate the species, or certainly give it a varsity try. And yet, those who have been through this loop a time or two will say that they couldn’t possibly keep up that pace. They wouldn’t trade the beginning, but they also acknowledge it wasn’t sustainable.

And so, now what? How do couples in a longer (2+ years) relationship keep sex happening? Sometimes there is a partner who consistently initiates and the other may or may not be on board. Other times, both partners fall into the doldrums and silently agree to not broach the topic. They may have closeness, even intimacy, but not actual body-to-body, bona fide sex.

Part of the dynamic that is important to name is the distinction between love and lust. Those early days of impulsive, insatiable copulation were about lust. They were you letting go and wanting to believe the other was perfect, and so were you–in unison. In actuality, you barely knew the other. There are many views on how to reconcile this nearly universal quandary. 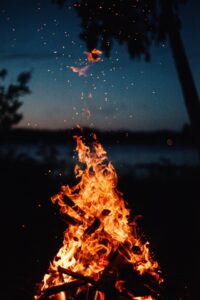 Dr. Sue Johnson, champion of Emotionally Focused Therapy (EFT), would likely say you need to build intimacy. She contends that closeness breeds a desire for more closeness. Johnson says that when we feel safe, we are able to be vulnerable and more open (emotionally and sexually) to a partner. An EFT trained therapist would have you looking at one another and slowing down your interactions to catch the subtle, implicit messages. They would also have you making affirming, validating statements so your partner feels heard and known by you, which by EFT standards, leads to closeness.

Alternatively, Esther Perel, author of bestselling book Mating in Captivity, would take a different tack. Perel asks the question, ”Can we want what we already have?” She believes that a couple’s sex life flourishes when there is differentiation between the partners. Rather than having the two people feel so known, Perel would contend that a touch of mystery helps your partner feel new, not completely known, and therefore continually intriguing. Also, by having certain elements that are separate (friends, hobbies, careers), you introduce differentiation, which can cause healthy tension–the awareness that they are their own person and you don’t know everything about them.

I have seen both approaches work with couples. For some, closeness builds the foundation necessary to be vulnerable and open to satisfying, ongoing sex. For others, differentiation reignites some of that early intrigue. It helps partners see one another in new light that re-energizes their attraction. Regardless of which path feels like a better fit, both begin with willingness. Couples cannot expect the early days to magically reappear. Rather, they have to decide on a strategy and course correct as needed.

Caring for the Caregiver: Yourself

Caregiving for loved ones is more than a full time job. It is demanding physically,…