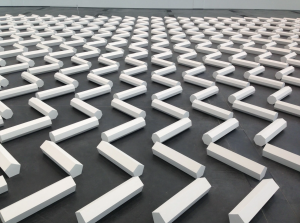 Gwyenth Paltrow’s Goop.com made the term Conscious Uncoupling a household name in recent years. Coined by Katherine Woodward Thomas, the term has come to describe a civil and intentional approach, adopted by couples, who have decided to break up. Hallmark signs of conscious uncoupling include mutuality, reason throughout the process and acceptance for where the pieces fall.

How are we Really?

I’ve rarely seen a couple successfully pull it off. However, it recently unfolded in a series of sessions. A couple had been dating for several years. From the start there was an awareness of some non-­negotiable issues for the long haul. Things like children and where they wanted to live were at odds and therefore, they both admitted they would likely not make it more than a few years.
I found it interesting that the couple were able to both be together and loving and also acknowledge the likelihood of eventual separation. I marveled at how they could tolerate that tension of knowing something will end without clinging or disengaging. Rather, they made plans not too far into the future and continued to build their relationship in both small and also big ways. Examples of the small were motivating each other toward their fitness goals and working on closeness and communication to support their sex life. The bigger ways I saw come up included cohabitation, moving together for one of the partner’s jobs, adopting animals together and spending holidays with each other’s families.

Beginning of the End

One of the partners left town for a several months on a project. They knew this was coming and they talked about it…a lot. They acknowledged it was a worthwhile career pursuit and although they would miss each other, I think they also saw it as a possible trial run at separation.
Their communication during this time was limited due to lack of cell service. I suspect that both of them began the process of disengaging from the relationship during this period. They each had copious amounts of time alone to consider again
who they were—with and without the other. They ate alone and woke alone—started creating a life that didn’t involve the other person’s needs. Often doing what we always do (habit) is easier than doing something new and unknown.
And so this new routine was a side effect of their jobs, however it provided the needed new experience. By the end of the three month separation, they were somewhat resigned to let the relationship go.
Upon the partner’s return, the couple seemed to see one another with fresh eyes. Their sex life saw a spike and they reported feeling a renewed fondness for one another. Each of them made efforts to do what the other wanted, and they renewed
their fitness commitment together. For a brief spell I thought they might choose to make a long term go at it.

But this high vibration quieted down after about six weeks. Thoughts of separation

returned and they began moving around each other like ghosts. The couple sat down one Friday night and decided together to officially break up. Not because anyone did anything wrong and not because they didn’t love each other. Rather, they chose to pull the bow slowly and with intention to unravel their relationship.
Initially they decided it best to stay apart several nights. But after a week, they
decided they would rather both live in the house they considered home. Two weeks
later, one of the partners took a job out of state and they began the process of
undoing their life together. In one session, the idea presented in Eternal Sunshine of the Spotless Mind was discussed. It posits the option to forget everything one has known about an intimate partner to avoid all the difficult memories and perceived mistakes. They agreed that they wouldn’t choose this option. They saw this relationship as a meaningful chapter in a long life. They had grown through knowing each other and the end didn’t mean it shouldn’t have happened.

They discussed how they would interact in the future: Would they talk regularly? How much texting was acceptable? Who would keep the pets? Would they disclose when each partner started dating others? Item by item they came together to
discuss. They committed to the journey and saw it through to its natural ending. When it came time to part, one drove the other to the airport and they said a final goodbye. This process wasn’t without sadness or fear, at times, that they had made a
mistake. But ultimately both people knew this was not the right fit. And so they let it go with love and hope.
I question whether most couples could navigate this path with such grace. I appreciated the commitment to self and respect of other that they each displayed. And I too was reminded of how important it is to not hold onto anyone tootightly—to let things unfold as they may or as they must. A break up is an ending, but also a beginning.

Jenn Kennedy is a LMFT based in Santa Barbara, CA. She specializes in couples, addiction and LGBT. Wondering if you and your partner could benefit from therapy? Give Jenn a call today: 805-699-6834 or email Jenn@RivieraTherapy.com.

Half of all marriages end in divorce. That is a staggering statistic. And yet, many…